Trends on Green Energy for Electricians 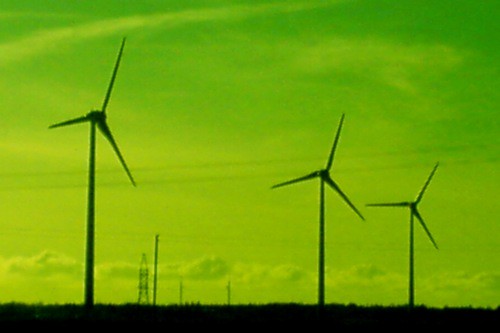 Green energy has become a bi-word, and is something that some industries – and even private entities – dream of utilizing on a more permanent basis.

The good news is more and more countries and industries have started harnessing it.

The Huffington Post for instance reported that the whole City of Las Vegas is now running on renewable energy. American Lighting Association

“Boulder Solar 1, combined with other local sources of green energy like geothermal energy plants and solar panels placed throughout the city, will now provide 100 percent of the city’s municipal power. The facility is owned by energy provider Southern Power and creates electricity bought by NV Energy and used by the city to power government services. The shift to renewable energy started in 2008 and has since saved the city roughly $5 million annually and decreased energy consumption by more than 30 percent, reports the Las Vegas Review-Journal. Las Vegas ― now the largest U.S. city to rely solely on renewable energy ― is helping pave the way for other cities eager to transition to carbon-free energy, despite an incoming presidential administration with a record of pushing back on progressive environmental policies.”

The Benefits of Hiring Electrician Contractors

In Scotland, there is a new source of sustainable energy – Tidal Turbines. Master Electrician

The website Take Part shared more on this sustainable source of energy in one of its published articles. “The offshore array is the world’s first network of tidal turbines to deliver electricity to the power grid, according to Nova Innovation, the company behind the development. That’s a big step for green power generation, as it shows commercial viability for a marine-based power source to create renewable energy. Unlike solar and wind power, where power production stops when the sun isn’t shining or when the wind stops blowing, Nova’s tidal arrays continuously generate electricity by using perpetual incoming and outgoing tidal currents to spin its underwater turbines 24 hours a day, 365 days a year.”

The continuation of the article can be found here.

Inhabitat.com meantime put the spot light on Costa Rica as the country went on sourcing power from renewable energy sources for more than 100 days.

“Costa Rica is much more than a lush, green tourist paradise; it’s also a green energy pioneer. The small Central American nation has generated 100 percent of its electricity from renewable sources for the past 113 days, and the run isn’t over yet. The country, which draws clean energy from a variety of renewable sources, still has its sights on a full year without fossil fuels.”

Renewable energy is indeed the way to go.